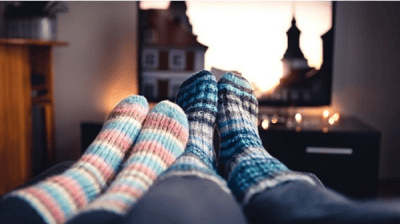 If you want to get into the spirit of the holidays, consider watching any — or all — of these heart-warming TV movies. You’ll find a mix of existing films as well as upcoming movies to get excited about:

If you’re a fan of the Radio City Rockettes, you can’t miss “A Holiday Spectacular,” coming to Hallmark this year. This new movie stars theater veterans Ginna Claire Mason and Derek Klena as well as “The Brady Bunch” alum Eve Plumb. The story is set in 1958 and is said to embody the spirit of the ideal New York City Christmas. Much like many Hallmark holiday films, you’ll find romance at the heart of “A Holiday Spectacular.”

Over on the Lifetime channel, Christmas is heading to the South. “A New Orleans Noel” is a new original movie executive produced by Whoopi Goldberg and starring Keshia Knight Pulliam, Brad James, Patti LaBelle, and Tim Reid. This story is your typical opposites attract setup, with the two main stars finding themselves working together during the holidays and realizing they may have more in common than they think.

Having premiered last year, “Eight Gifts of Hanukkah” is one of the few Hanukkah-themed films in the Hallmark lineup. It stars Inbar Lavi as Sarah, an optometrist who receives anonymous gifts for the eight nights of Hanukkah. Over time, she uses the clues on the notes to try and figure out who her mystery suitor is. Eventually, she discovers that her one true love could be someone she had never considered before.

Featuring the highly anticipated return of Lindsay Lohan, the former child celebrity will star in “Falling for Christmas” alongside “Glee” alum Chord Overstreet. This new holiday rom-com is about an entitled hotel heiress (Lohan) who completely loses her memory after a skiing accident. She then finds herself being taken care of by a blue-collar lodge worker (Overstreet) leading up to Christmas.

Lifetime has made its own Hanukkah movies, with one being “Mistletoe & Menorahs.” Christy works at a toy company and must learn about Hanukkah to land a huge client account. To do so, she asks for help from her coworker’s Jewish friend, Jonathan. Funnily enough, Jonathan is attempting to turn his apartment into a Christmas wonderland to impress his girlfriend’s father. Over time, the pair grow closer and find they have a lot in common.

If you’re looking for something that calls back to the classics, this Apple TV+ original film will hit the spot. “Spirited” is a modern musical re-telling of “A Christmas Carol” and has an all-star cast to get you excited. It stars Ryan Reynolds as Ebeneezer Scrooge, with Octavia Spencer and Will Ferrell. There’s sure to be lots of laughs with this cast as well as upscale sets and decorations coming from Apple’s big-name budget.

As we get closer to the holiday season, you’ll want to check your local listings and streaming services for announcements on more new movies to enjoy!