Do You Need to Make Quarterly Tax Payments? 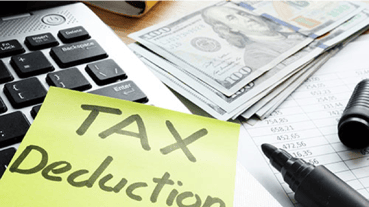 If you have worked as an employee of a company or another person for most of your life, you are probably used to having taxes withheld from your paycheck and filing one yearly tax return. However, if you are self-employed, you likely need to pay estimated taxes, which are due on a quarterly basis.

According to Tina Orem, tax writer at NerdWallet, the IRS says you need to make estimated tax payments if, “you’ll owe at least $1,000 in federal income taxes this year, even after accounting for your withholding and refundable credits.” You’ll also owe estimated tax payments if, “your withholding and refundable credits will cover less than 90 percent of your tax liability for this year or 100 percent of your liability last year, whichever is smaller.” Self-employed individuals — like freelancers, independent contractors, and people who sell items on a site like Etsy — are ideal candidates for submitting quarterly tax payments.

This rule also applies to businesses that are not corporations, including single-member and multiple-member LLCs, sole proprietorships, partnerships, and S corporations. You will need to look at the net income for all sources on your personal tax return. If you meet either of the previously noted IRS requirements, you must pay quarterly estimated taxes.

In C corporations, business owners are also employees and therefore may not need to file quarterly taxes. However, the corporation itself, as a legal entity, almost always does. If you expect your corporation to owe taxes of $500 or more when you file the return for it, you will likely need to make estimated payments.

“For estimated tax purposes, the year is divided into four payment periods,” states IRS.gov. Each period has a specific due date. Typically, these are April 15 for the January 1 to March 31 period, June 15 for the April 1 to May 31 period, September 15 for the June 1 to August 31 period, and January 15 of the following year for the September 1 to December 31 period. There may at times be exceptions to these dates. For example, in 2017 the IRS announced tax payments for victims of Hurricane Harvey and Hurricane Irma would receive additional time to make their payments. In a standard setting, if a payment date falls on a Saturday, Sunday, or legal holiday, the payment will still be marked as on time if it is made the next business day.

Consulting a professional and staying on top of your taxes is vital to maintaining a healthy business and not getting behind with the IRS. “I think it’s easier to make 12 smaller payments than four larger payments,” says Bess Kane, a CPA in San Mateo, California. “If you owe $1,200 for the year, I would rather pay $100 a month than $300 four times a year. And if we’re talking bigger numbers, it gets pretty extreme.”

As your business continues to grow, it is advisable to hire a tax professional who can help you prepare your taxes. Although it might cost more than doing it yourself, it will help you be proactive and avoid any potential issues with the IRS.