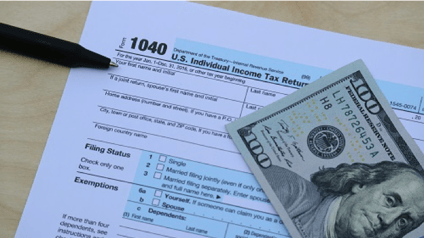 For low- or middle-income household, the Earned Income Tax Credit may be able to help reduce your tax burden or bolster your refund. However, tax firm H&R Block states as many as 22 percent of qualifying taxpayers miss out on claiming the EITC. Don’t be one of them — here’s a look at what you need to know to get the most out of your EITC.

Get to know the EITC

The Earned Income Tax Credit varies based on your number of children, your income level, and your tax filing status. For the 2020 tax year, it ranges from $538 to $6,660 for qualifying low- and middle-income taxpayers. Luckily, you won’t have to jump through hoops to find out if you qualify. According to H&R Block, employers are required by law to inform you about your Earned Income Tax Credit status by sending you Notice 797 alongside your Form W-2. The IRS also offers a free tool to help you determine your eligibility status.

To qualify for the EITC, you must earn below a certain threshold based on your marital status and number of children. You also need a minimum of $1 of earned income, not including your unemployment payments or pension checks. You have to be at least 25, but under 65 years of age at the end of the tax year. Your investment income has to be below $3,650, and you can’t file separately from your spouse, if you’re married. Furthermore, you don’t qualify if you have foreign income and file Form 2555 to report your earnings. And while the EITC is normally thought of as a tax break for families, according to NerdWallet, you don’t need a qualifying child to receive the EITC — for 2020, you simply have to earn less than $15,820 as a single or head of household filer, or below $21,710 as a joint filer.

The amount of your EITC will vary based upon your number of children, with larger families receiving bigger credits. Each child has to meet certain criteria to be claimed on the tax credit. You’re allowed to get the EITC for biological, adopted, and foster kids, as well as your siblings, step-siblings, grandkids, and nieces or nephews, provided they live in the United States, under your roof, for at least half of the year. These include requiring the claimed child to be younger than you and your spouse, and to be under age 19. If your youngster is enrolled in college as a full-time student, you can claim them if they’re under 24. There are no age restrictions on claiming kids who are classified as “permanently and totally disabled,” according to personal finance site NerdWallet.

The IRS warns taxpayers to watch out for some common EITC errors. When claiming children on the EITC, make sure no one else is also claiming them. An inaccurate filing status can also throw a wrench in the works. If you’ve recently gotten married or divorced, make sure you’ve filed correctly for your circumstances. Also, be sure to accurately report your income by using your W-2, W-2G, 1099-MISC, and other records. It’s important to include the income you earned by doing odd jobs, as well as anything you earned by running your own business or farm.

Even if you don’t qualify for the EITC, you may still be able to claim the Child Tax Credit, the Credit for Other Dependents, and the Child and Dependent Care Credit. If you’d like more information on claiming the EITC or any other credit, contact a tax professional or visit the IRS website.